Louis Ducos du Hauron was above all a visionary, a genius who imagined and established the principles of cinematographic shooting, of its projection, of colour and relief photograph, of photogravure and its mass printing, of anamorphoses. A genius whose wild imagination never left enough time to pragmatism to achieve what he had designed. To sum up, an inventor but not an engineer. Louis Ducos du Hauron, however, was not interested only in seeking the theoretical solution to problems he faced, he experimented practical achievements, but no doubt more to prove the veracity of his ideas than for the sake of exploitation. Although his brother Alcide was instrumental in Louis’s work, through his support and his communication work to the scientific elites, it is unfortunate that he studied arts and letters rather than the sciences and that he was not the engineer Louis would have needed so much.

One thing also to be regretted – once more – is the inefficiency of one French administration. Indeed one of the main reasons why Louis Ducos du Hauron’s, but also other French scientists ‘ discoveries are unknown, is - as stated in an article of "la revue de l’optique"[1] - that « until 1908, French patents were not published; the original documents were available on request, in one of the attics of the Ministry of Commerce; on account of the pathetic running of this department, it was then impossible, during a session, to peruse more than four to five patents and, in fact, only the patent agents and their staff went to this attic, an area virtually unknown to outsiders (--) Let’s add that the summaries of patents dealing with photography and its applications only started being published in the French technical press from 1899. »

To finish this epilogue, we would like to quote the conclusion of an essay by Kévin Theard that suggests the scope of this scientist’s work « Finally, we can say that Louis Ducos du Hauron used many techniques that he combined to perfect the realisation of a photographic process »[2];.

[2] Dissertation master’s degree (second year) In cooperation with the Centre de Recherche et de Restauration des Musées de France : "Photographie couleur: Mise en place de dispositifs d'analyse physique pigmentaire permettant d'identifier des épreuves Ducos du Hauron au charbon trichrome ou photomécaniques". By THEARD Kévin (Spécialité Photographie - Promotion 2016). The purpose of this study was to know if the photographs proposed for study by the Museum of Fine Arts of Agen, the Nicéphore Niépce Museum of Chalon- sur-Saône and the Musée d'Orsay, were authentic photographs made by Louis Ducos du Hauron, and which process they belong to. As a matter of fact, Louis Ducos du Hauron first produced images according to a pigment process, and then printing processes were used. 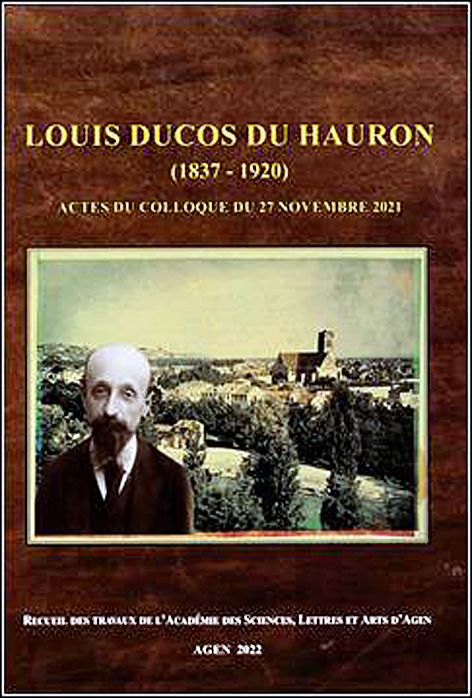